Born in a wealthy family, Félicien Rops got interested in Art already at young age, sketching and drawing in the blank margins of music scores while his father played Beethoven and Mozart. He abandoned his studies in Law and Philosophy and his artistic career begins with Rops' society-criticising satirical illustrations for "Uylenspiegel, journal des ébats artistiques et littéraires (1853-1863)".

In 1857 he marries Charlotte Polet de Faveaux, who inherits chateau Thozée, where Félicien hosts most of his artistic friends. Through the editor Auguste Poulet-Malassis Rops is introduced to the famous etcher Félix Bracquemond and Charles Baudelaire, the latter who brings a radical change into his career. Together with his friend Armand Rassenfosse Félicien develops the Ropsenfosse technique.

Rops had a love-hate affair with Paris where he would become one of the best-paid and most famous illustrators (Les Epaves, Les Diaboliques). He boasted to be even better paid than Gustave Doré. Every year he felt the urge to visit the artistic capital for some three months, after which he needed to recover from the sultry climate of the metropole. It is here in Paris, where he meets the sisters Léontine and Aurélie Duluc, who became his maîtresses. The meandering rest to recover from Paris, Rops finds during travels to Swiss, Belgium, Scandinavia, Hungary, Spain, Holland, USA, Africa, Bretagne and Monaco where he recovers from the gloominess. It is here in the countryside, where Rops unwinds and draws his serene pure subjects, which form a welcome contrast to the feverish Parisian crucible.

Finally, Rops found his comfort in the countryside of Corbeil, where he bought the "Demi-Lune", close to the river Seine. He died in 1898 surrounded by Léontine, Aurélie, his daughter Claire and his close friends Rassenfosse and Detouche.

Rops' Magnum Opus "Les Cent Légers Croquis sans prétention pour réjouir les honnêtes gens" (One Hundred light-hearted sketches without pretentions to rejoice the honourable people) (1878-1881) consists of two albums with a total of 114 drawings commissioned by the Parisian bibliophile Jules Noilly. Rops produced these albums in the same period as his other Chefs-d'Oeuvre The Temptation of Saint Anthony and Pornocrates. The drawings were mounted in lightblue passé-partouts and bound into two albums by the famous bookbinder Marius Michel. After Noilly's death the albums were auctioned and the drawings got dispersed. Although our drawing is not a missing drawing from "Le Cent Légers..." it dates from the years when Rops produced the drawings to both albums and the depicted subjects as well as it's dimensions are typically corresponding to the drawings in both albums.[1]

This is the fully mature and worked-out design for the frontispice to "Histoire de la Sainte Chandelle d'Arras" by Henri Joseph (Abbé) Du Laurens. The poem tells the story of the miraculous candle of Arras which burned without being consumed, from the time of bishop Lambert before Pentecost 28th of May in 1105 until the French Revolution.[2][3]

Rops has depicted the Holy Virgin in frontal nudity holding a huge candle which after close inspection appears to be an ejaculating erect penis. Clockwise the Virgin Mary is surrounded by a full scope of Ropsiana with a monk riding a pig (symbol of lechery), putti and cherubs making music, a pontiff who bows to the Virgin, scenes of lesbian love/violence, bestiality and peasants with music instruments.

The tradition of Arras and the holy candle is a most actual engaged topic: the Virgin Mary appeared in the church of Arras, France during an epidemic of the plague and of the Mal des Ardents (the burning illness aka the Hellfire causing gangrene and terrible sufferings) where she gave to bishop Lambert a burning wax taper candle, promising that whoever would take a drink of water that had come into contact with the candle (or it's wax drips) and then pour some of the water over their wounds would have been cured and would not become ill.

There were at that time two minstrels, one named Itier, who lived in Brabant, and the other named Norman, who lived in the Chateau de Saint-Pol. They had vowed a mortal hatred, as Norman had killed Itier’s brother.

One night they both had the same dream: the Virgin Mary, dressed in white, appeared to them and told them to go to the cathedral. Norman, who was closer, arrived first. As he entered the cathedral he saw all the patients who had taken refuge there. He found the bishop and told him of the apparition, but Bishop Lambert thought that Norman was mocking him and sent him away. Itier arrived the following day and also spoke to the bishop. When the bishop told Itier that someone named Norman had come to tell him of the same vision, Itier asked where he was, because he intended to kill him on the field to avenge his brother’s death. Bishop Lambert then understood that the Blessed Virgin had sent the two men to be reconciled. The bishop spoke to each separately and then put them in each other’s presence and asked them to give each other the kiss of peace and then spend the night in prayer inside the cathedral.

It was Pentecost Sunday, May 28, 1105, at about three o’clock in the morning, when the Virgin Mary appeared to the two minstrels in the Cathedral. Norman and Itier witnessed a sudden light as the Blessed Virgin descended from the height of the nave, carrying a lighted candle in her hands. She gave the men the candle intended for the healing of the sick, and explained to them what they must do. A few drops of the wax that fell from the candle were to be mingled with water, giving it miraculous properties the people would then drink. All who believed were healed. The two minstrels, now brothers, distributed the miraculous water and the epidemic was stopped, for the patients would regain their health after they drank of the water mixture.

The candle did not extinguish nor did the candle consume itself until the epidemics ended. In remembrance of this miraculous occurrence the Bishop of Arras built a church in honor of "Our Lady of the Holy Candle" or "Our Lady of Ardents" and to receive the relic of the Holy Candle. The church was consecrated in 1876 just before the definitive establishment of the Third Republic, only four years before Rops designed the present frontispice drawing.

A study version of this frontispice on "papier calque" was with Shepherd Gallery, New York in 1998.[4]

Rops etched the scene twice: once accompanyed by two plates of cats and once for the frontispice of the poem by Du Laurens.[5][6] 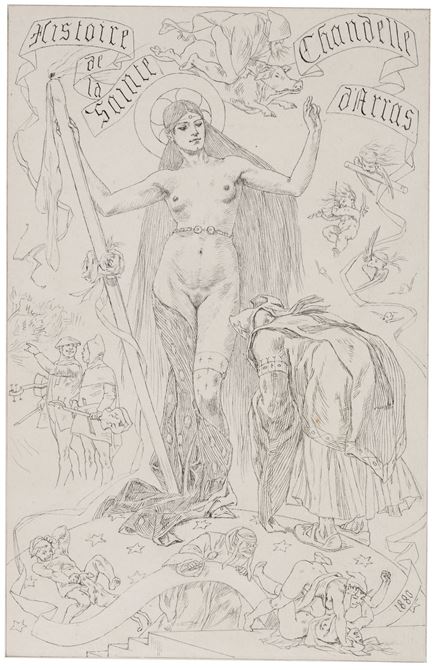 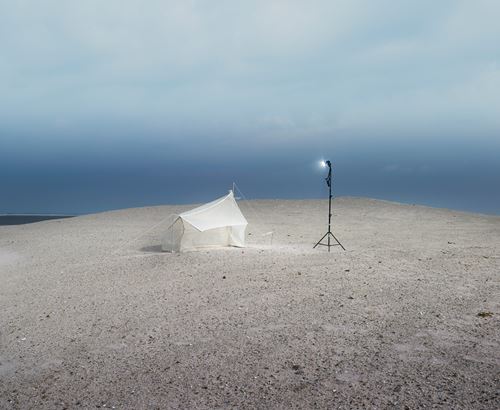 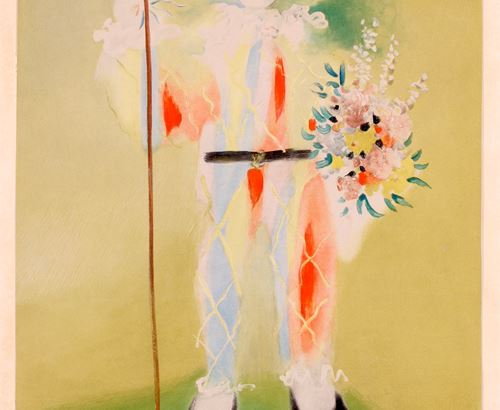 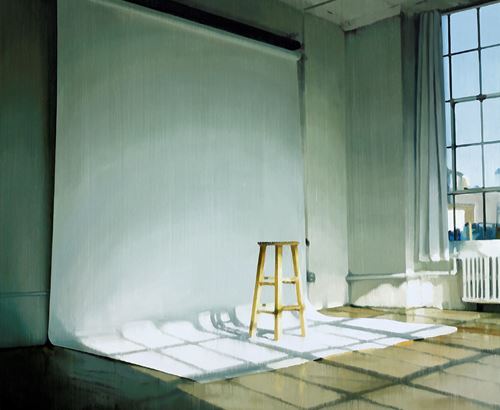 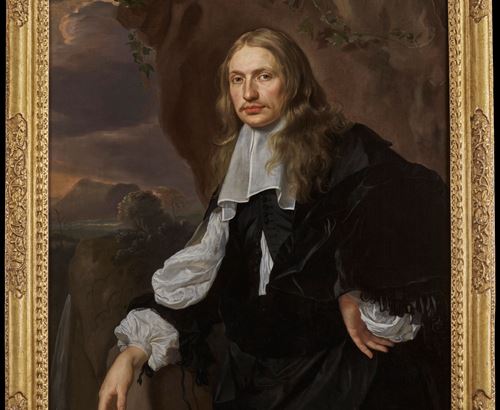 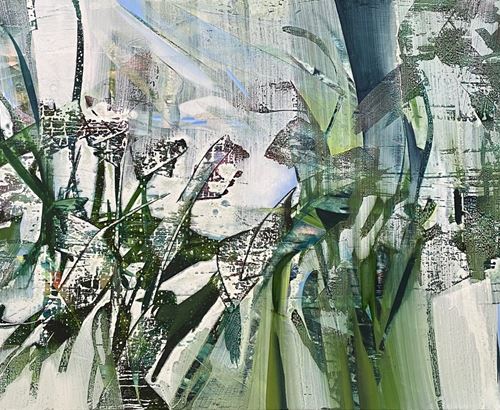 The dancers at the riverside 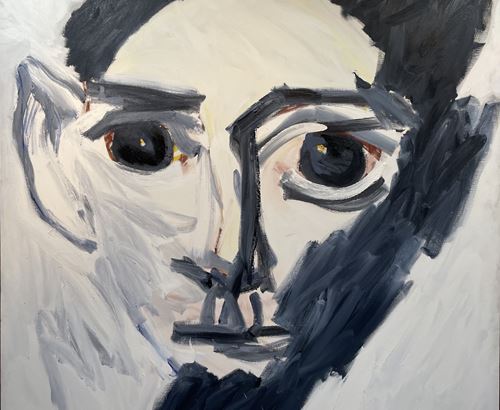