This tall glazed pottery oil lamp, comprises two main parts and eight individual lamp cups. The lower part has a mound-shaped pedestal, with raised outlines of hills, applied with small modelled figures and animals. A central column supports a large circular flat-rimmed basin with four holes, holding long-stemmed lamp cups. From the basin rises another stem which supports the top part of the lamp. This stands on a smaller rounded pedestal, which is pierced in a geometric pattern of intersecting lines and supports the second basin. This again is pierced on the wide rim to hold another four cups. From its center rises another stem, which is topped with a long- necked bird, wings and tail feathers outstretched. From its back rises a column ending in a cup. It is glazed all-over in light green lead-glaze. The structure, as well as the colour of the lamp, was most likely inspired by bronze examples. This particular lamp was probably not made to be used, but as a tomb replica to be taken to the afterlife.

The base with its figures and animals may represent a mythological hunting scene, as also seen on boshanlu incense burners, whose hill-shaped covers represent mystical Kunlun mountain. Spirit mountains were considered to be the pillars between heaven and earth. So a lamp such as this one, made specifically for a burial, could symbolise the connection with heaven, as well as representing eternal light and the possibility of entering the realm of immortals.

Han dynasty (206 BC–AD 220) tombs, included replicas (mingqi) of everything necessary for the afterlife, including attendants, farm animals, vessels and various implements. Lamps are another such object. Oil lamps were widely used during the Han period, made from a variety of materials such as bronze iron, ceramics, stone and wood. They would have had vegetable oil or paraffin to fuel wicks, that would float in the bowls.The earliest known lamps, date from the warring states period (481-221 BC), but it is thought they are already in use at a much earlier date. Lamps with multiple branches, layers and cups appear to have been particularly popular in the Han dynasty; several elaborate pottery examples from the late Eastern Han Dynasty have been found.

The David Dewey Collection, Minneapolis, has a comparable lamp from the same period, as does the Portland Art Museum, Oregon. Elaborate lamps, both excavated in Henan province, were exhibited at the British Museum in 1996 and at the Metropolitan Museum, New York in 2017. 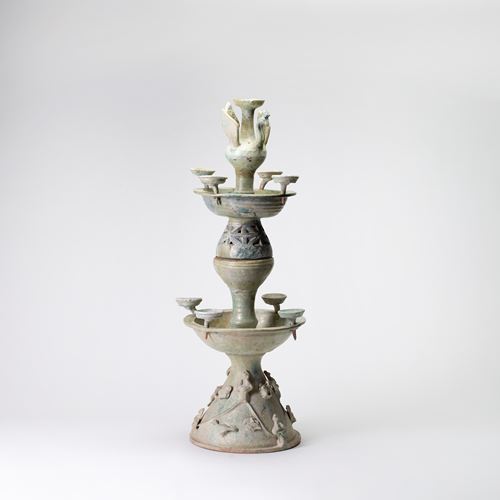 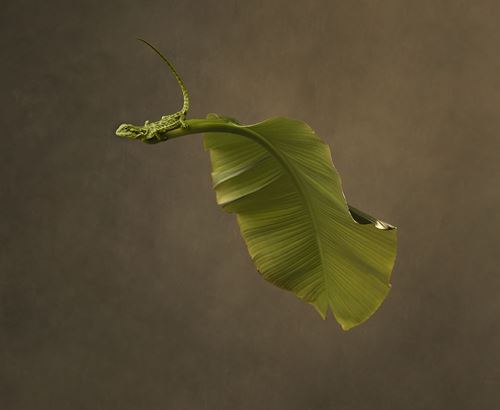 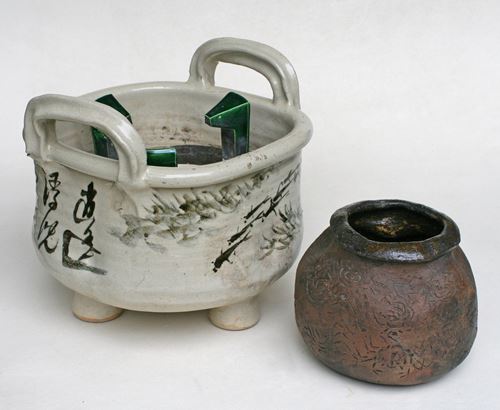 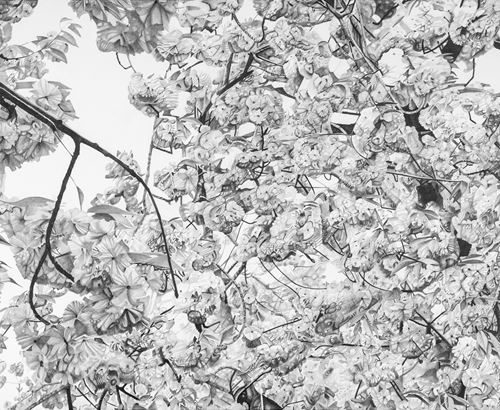