View on the Proosdijer windmill on the river Winkel near Abcoude

Paul Joseph Constantin Gabriël (Amsterdam 1828 – Scheveningen 1903) was a master at capturing the picturesque qualities of his favored topic: quiet Dutch polder landscapes with open skies. The calm enchantment of light, air and water was rendered in a pure and simple manner. A distant mill, a solitary barge and a ducks basket were all the ingredients Gabriël needed. He knew better than anyone how to make a seemingly ordinary Dutch landscape appear enchanting and scenic to the eye.

Gabriël started his artistic career as a student of the famous landscape painter Barend Cornelis Koekoek (1803-1862) and Cornelis Lieste (1822-1897). He then spent a large part of his artistic career in Brussels (1860-1884). At that time, the Belgian capital was an important center of new ideas on landscape painting. Stimulated by the realism of Courbet and under influence of the Barbizon School and the painter Willem Roelofs (1822-1897), he developed his 'en plein air' painting. The Hague School, of which Gabriël formed part, incorporated these influences and professed a style of painting based on subdued tonalities and atmospheric effects.

Gabriël’s enduring stay in Belgium didn’t prevent him from keeping close ties with Holland, returning there almost every summer to work in the region of Abcoude, Kortenhoef and Vreeland. He would later move to scenic Kortenhoef, where he painted so often and with much pleasure that the region soon was called 'Land of Gabriël'.

If anything else, Gabriël preferred to see himself as a 'harmonist'. As the present picture shows well, he balanced a feeling for atmospheric effects against a search for order and clarity. Without neglecting the freshness and directness of his outdoor studies, Gabriël structured his compositions along prefixed lines, stressing the spatiality of the Dutch polder landscape. No wonder the art critic J. van Santen Kolff, who launched the Hague School in 1875, ranged him among the pioneers of modern Dutch landscape painting. Gabriël’s fresh pallet however set him apart from his fellow Dutch colleges who submerged in the 'grey' of the Hague School. It earned him the title 'the colourist of the Hague School'.

Gabriël himself more than ones stressed the importance of conveying fleeting effects on canvas. 'Above all, pay close attention to the tone of every passing moment, as this will save you from becoming like a factory', he wrote to his pupil Gesina van Calcar in 1882. In actively choosing the specific time of day to paint, Gabriël anticipated on the corresponding effects of light and color and their atmospheric efficacy. In the catalogue of Gabriël’s commemorative exhibition in 1904, his friend Mesdag wrote: 'However simple the subject, his grasp of details enabled him to make his work interesting and to imbue many of them with that fine morning poetry that is so characteristic of Holland'. 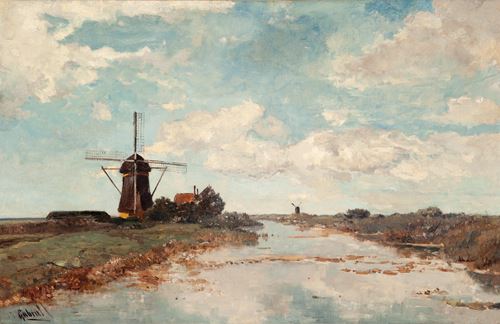 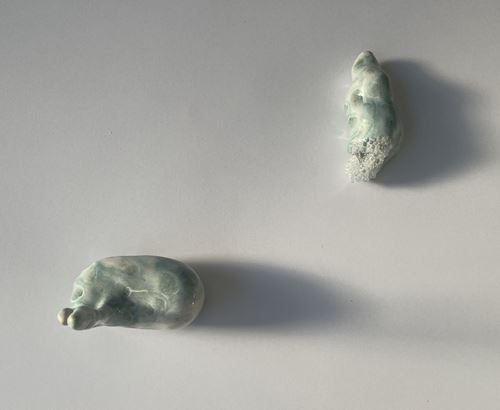 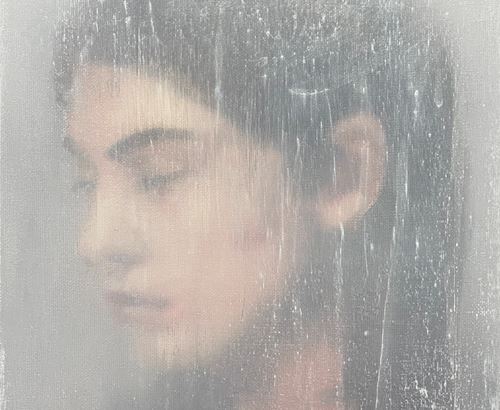 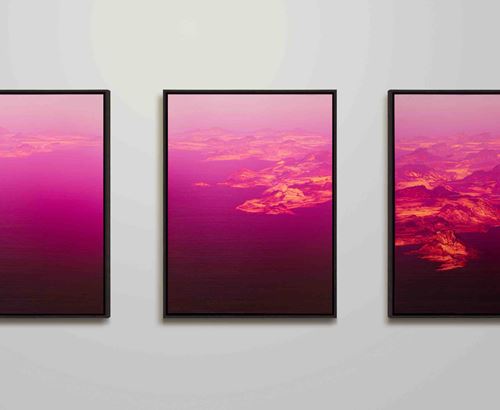 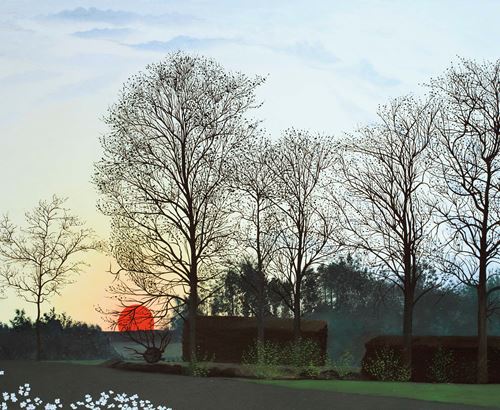 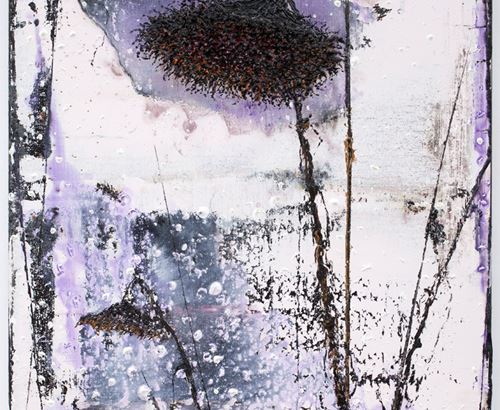