Most famous iconic Art Deco vase by Pierre d 'Avesn. This execution in black sained and polished glass with sepia patina, is the most sought after.

Pierre d'Avesn joined René Lalique at the age of 14. There he learned the technique of glass casting in moulds, a technique that René Lalique had developed. In the same period he also studied at the École Nationale Supérieure des Arts Décoratifs, where he was a student of François Décorchemont.

Pierre d'Avesn stays with Lalique for 12 years, during which time he was also allowed to design a number of well-known art deco pieces, such as the famous 'Serpent' vase from 1925. However, he was not allowed to put his name on the vase .

In 1926 he decided to leave René Lalique and had his own designs executed by Cristallerie de Saint-Remy. Nevertheless, in 1927 he decided to work for Daum. Paul Daum had just taken over the Croismare factory and wanted to make pressed art deco glass from pressed glass. (Verrerie d'Art Loraine). Actually a cheaper line than the more prestigious Daum glass and more in the style of Lalique, intended for the luxury department stores and the American market. Pierre d'Avesn was put in charge of production and design. The glass (lamps, vases and utensils) was signed under various names 'Val', 'Lorain' or 'Verreries de Belle-Etoile'. But he had learned from his experiences at Lalique and was allowed to sign his own key designs with his own name. It is said that Pierre d'Avesn only signed the more important pieces in full with P. d'Avesn, France. Already in 1932 the factory had to close because of the enormous crisis that also reached Europe from the US, there are also sources that mention 1936.

Pierre d'Avesn then worked for Verlys for a few more years, until the outbreak of WWII. He also continued to create his own designs, which he had produced by Choisy-le-Roi. He also started working there in 1945, and in 1949 the company was taken over by Sèvres. He continued to work there until a late age, still using the old glass techniques. He sometimes also made use of the old pre-war molds, but also designed contemporary glass. Choisy-le-Roi was a company that originally made molds for artists' own designs, they also made glass for Etling and Hunebelle in the 1930s. 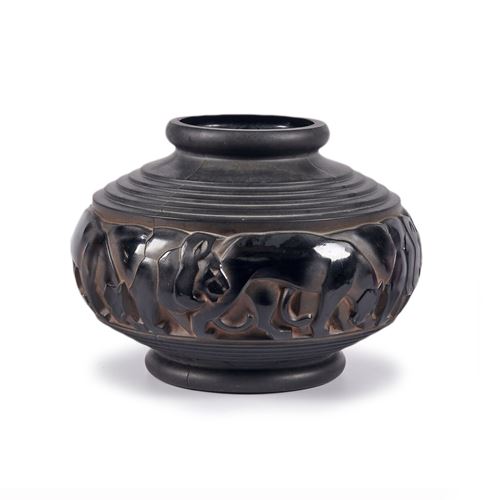 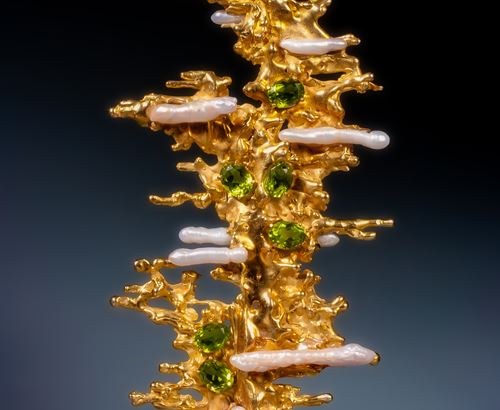 An impressive gold, pearl and peridot pendant by Wolfers, Brussels 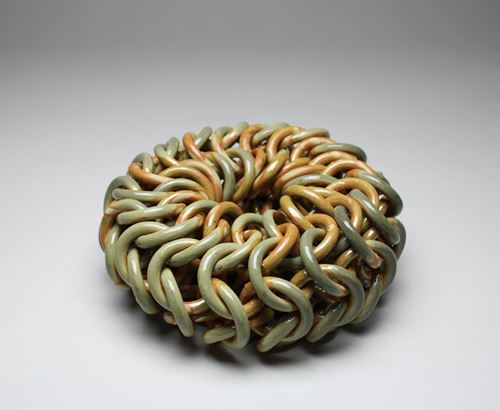 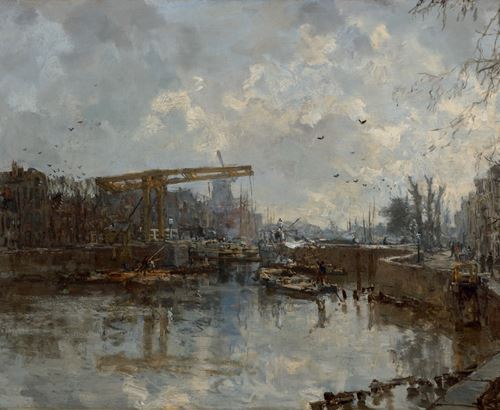 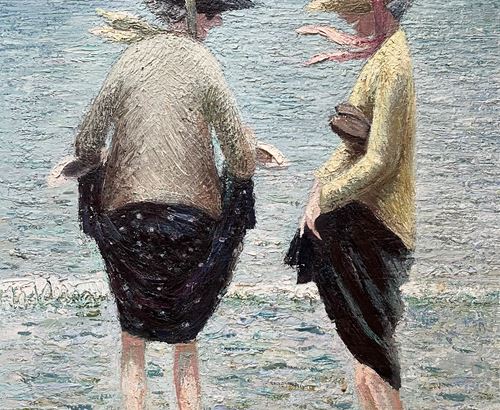