In 1752, the art dealer Gerard Hoet published a series of catalogues of paintings that were auctioned in The Netherlands. Volume one mentions a particular ‘natural Winter’ (‘Een natuurlyk Wintertje’) by Jacob Esselens that was sold in Amsterdam on 19 April 1735. The unknown buyer payed 5,15 guilders for the work, which was a decent price. In comparison, the same auction mentions a violin player by Jan Steen sold for 11,50 guilders and a still-life by Willem Kalf also for 11,50 guilders.

Jacob Esselens (1627/1628-1687), an Amsterdam painter and draftsman, specialized in landscape paintings: striking views of beaches and dunes with fishermen during spring or summer, river scenes and forests, foreign mountains with waterfalls, and city views with characteristic architecture. Yet he also depicted a winter scene, as we know from Hoet. As a matter of fact, there is only one painting that can be directly connected with this description. The present oil painting (on a wooden panel) shows a very fine atmospheric perspective of a frozen river (or a lake) that is occupied with people, many of whom are skating – a highly popular form of entertainment in the seventeenth-century Netherlands. Based on the style of clothing of the skating (and kolf playing) people, the work can be dated c. 1655-1660. In the distance behind the river banks, Esselens depicted a church, a windmill and some houses that could indicate a particular Dutch village as the artist made both topographical and imaginary townscapes. At the horizon, one can even recognize another mill and some buildings.

Jacob Esselens is a relatively unknown figure – unjustly so, since his artistic work can easily compete with his contemporaries (paintings and drawings by the artist can be found in Amsterdam, Rijksmuseum; Rotterdam, Boijmans van Beuningen; Berlin, Gemäldegalerie; London, British Museum; Paris, M. Louvre; New York, Metropolitan M.). Due to his other profession as a textile merchant, Esselens visited many cities in the Netherlands as well as in the rest of Europe for the purchase and marketing of silk and velvet. He had business contacts with merchants in Brussels, Ghent, Dunkirk and Königsberg, for instance. At that time in Amsterdam, he must have been a successful salesman of high quality textiles.

These visits offered him the perfect opportunity to study the different landscapes and cities for his painted oeuvre. Indeed, many signed drawings show recognizable sights in cities such as Brussels, Dover, London, as well as many other places in England, Scotland, France, and Italy. He also organized an artistic trip along the Rhine together with his fellow artists Gerbrand van den Eeckhout and Jan Lievens in 1663. Sketches are known from stops in three locations around Rhenen, Arnhem and Kleves. Additionally, he collaborated with Johannes Lingelbach and Pieter Wouwerman, who sometimes took care of the staffage in his work.

Esselens had a special interest in extensive landscapes with impressive soft-toned skies, but he also developed a keen eye for depicting figures such as fishermen and townsfolk, often paired with the richer upper class (for instance, Rijksmuseum, inv. SK-A-2250). In such scenes, the figures play interdependent roles, buying or selling. Still, on the ice, everyone seemed equal for a moment. It was not for nothing that IJspret, Dutch for entertainment on the ice, was a very popular activity among all classes, and it triggered a large production of paintings of the subject matter throughout the entire course of the seventeenth century.

Besides the obvious ice skates, Esselens depicted here all other known forms of transportation on the ice. Some of them were already common in the 16th-century, such as the prikslee, a small sledge for one person, who would propel it along with iron-tipped poles. Others were later inventions such as ice yachts, that could carry multiple passengers and were very fast. There are also different kinds of push-sledges for transporting people and goods, and the bakslee – a larger pod-sledge, also for groups of people and drawn by specially-shoed horses.

Although the measurements differ, it is possible that the description of a winter landscape by Esselens at an auction in Vienna in March 1811 could refer to the very same painting: “we see a village, a frozen river, a boat half sunk under the ice, and several peasants” (Sale J.M. de Birckenstock, lot 457). In particular, the boat mentioned was a motif that appears more than once in his oeuvre, sometimes even as his main subject (Rijksmuseum, inv. RP-T-1897-A-3323; RP-T-1897-A-3324).

Jacob Esselens usually signed his work with 'J.E.' or 'J. Esselens.' In 1979, then-owner and art dealer P. de Boer mentioned a signature on the panel of his Winter landscape, but this can no longer be identified. It was possibly placed at the bottom of the painting, likely below or on the boat in the front. Nevertheless, several key elements in the landscape show a strong resemblance with Esselens’ signed work. For instance, the figures on the ice – with the characteristic pleat in the clothing and their reflections in the ice – are very similar to the man walking on the beach in a signed painting by Esselens in the Rijksmuseum (inv. SK-A-2250).

What is more, the mill in the distance is a mirror image of the one in a drawing in Frankfurt am Main (Städelschen Kunstinstitut, inv. 3657). Esselens seemed fond of depicting a couple with a child as seen from behind. This endearing element appears not only on the beach (Bonhams London, 09-12-2015, lot 38), but also in a drawing of a winter scene in the Rijksmuseum (inv. RP-T-1898-A-3725(R)). Now without the child, they both watch the icy entertainment safely from the side. Even the skater who has slipped, still with a leg and an arm in the air, plays a role in both the painting and the drawing. In the latter, the artist has written his signature on the boat as ‘Excellens’ – a clever and confident play on words.

An even more remarkable resemblance can be seen in the horses on the ice. In Esselens’ painting, they draw sleighs for the wealthy. These arreslees have elegant and inventive exteriors and the horses are decorated with bells and plumes made of wool and feathers. The tinkling bells must have sounded everywhere on the ice. Esselens used this combination of horse and sleigh, with the passengers and driver included, in both painting and drawing. Notably, the particular pose of the horse suggests a drawn example that he kept using again and again, even for less frigid landscapes, such as a painted scene of the beach of Egmond aan Zee. There the horse is drawing a carriage near the shore (Christie's, 08-05-2012, lot 85).

A. van Suchtelen e.a., Holland frozen in time: The Dutch winter landscape in the golden age, The Hague 2001. 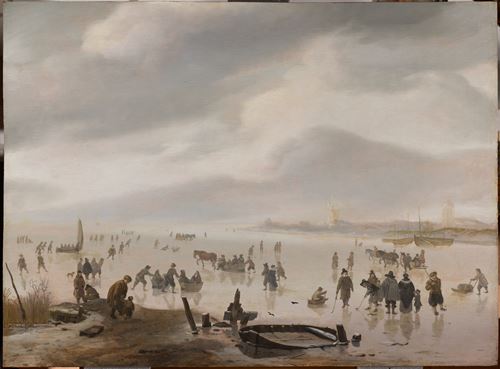 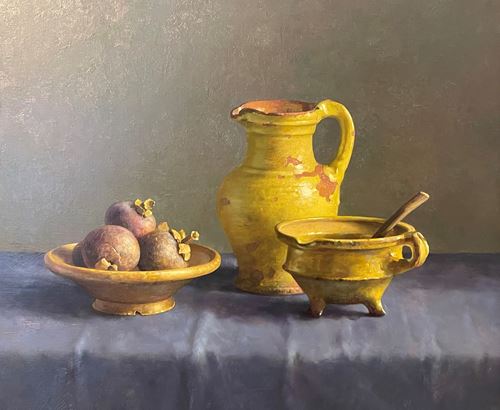 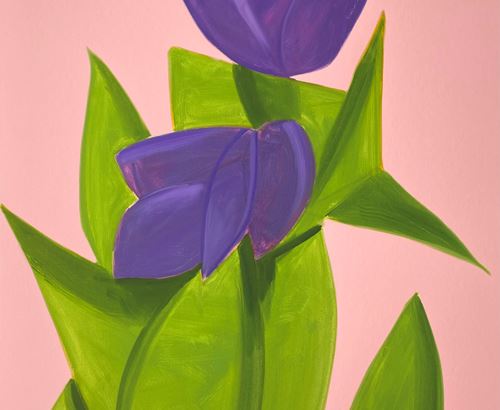 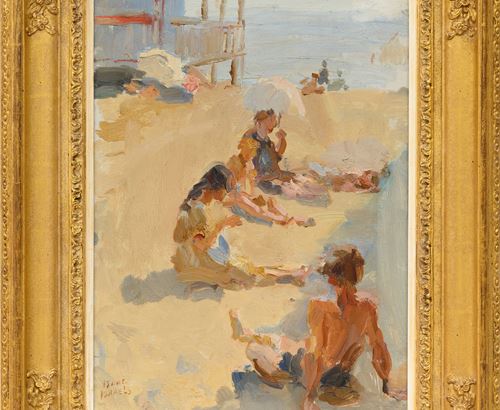 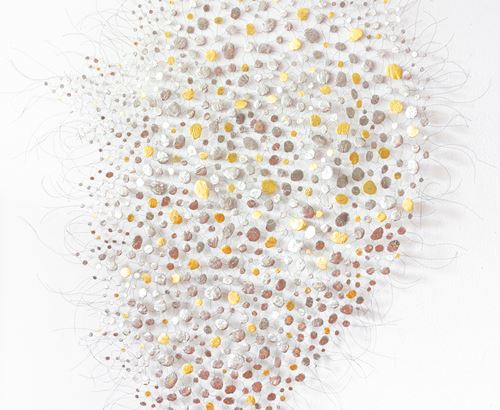 From Different Sources I 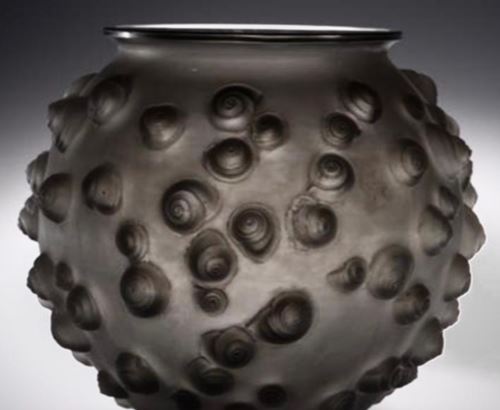