No.11, Poem by Sangi Takamura (Ono no Takamura)

No.11, Poem by Sangi Takamura (Ono no Takamura), from the series One Hundred Poems Explained by the Nurse (Hyakunin isshu uba ga etoki). Published by Iseya Sanjirō (Eijudō) in ca 1836-39. Signed Saki no Hokusai Manji.

Three women fishing for awabi (abalone) and three women resting on a rock. A boat with three man is passing by. The title refers to the poet Ono or Sangi no Takamura was an early 9th century poet and scholar of Chinese. He was an important person at the Emperor’s court and was asked to lead an embassy to China. He never arrived there due to bad weather. He criticized the preparations of his trip and was then, because of the criticism banished to the Oki islands. The poem presented in the square cartouche is supposed to have been cited upon his departure and translates as follows:

Carry word to them

Sea folk in your fishing boat

That I have rowed forth

Onto the spreading sea plain

Bound for many an island 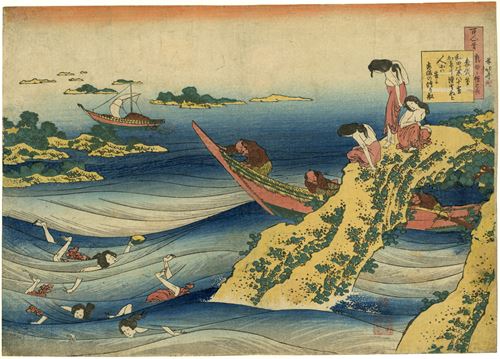 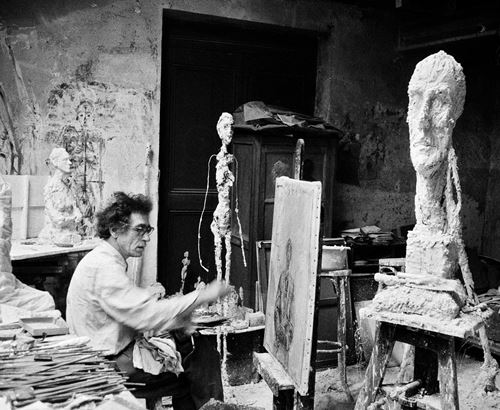 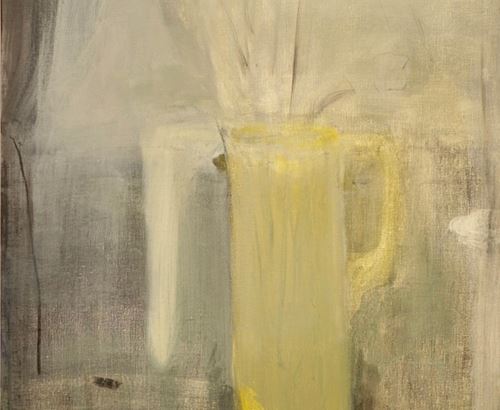 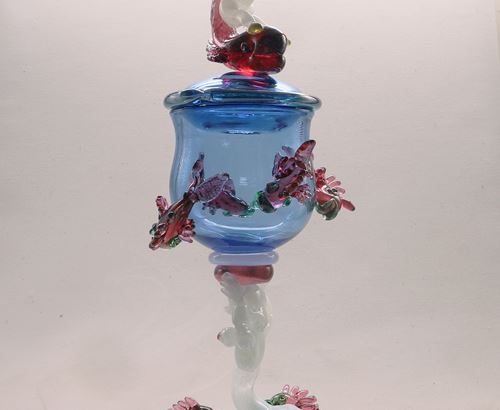 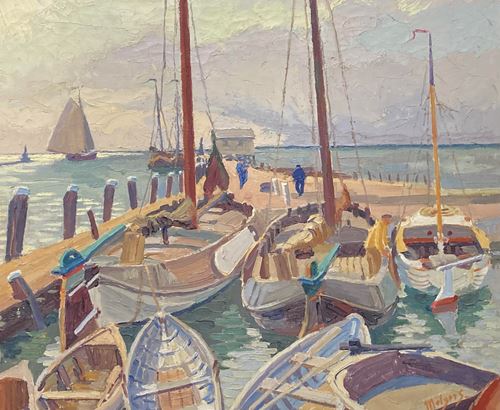