As tea used to be a very expensive commodity in the 17th century and early 18th century, early teapots used to be small. The earlier the teapots, the smaller they tend to be. An ensemble like this one is rather rare.

Tea culture in the Netherlands
Due to merchants of the East India Company (VOC), who came across tea ceremonies in China and Japan, tea was introduced in the Netherlands. They saw potential in this commodity and started transporting large quantities to Amsterdam, where it was stored in canal houses and then auctioned at high prices. Therefore, tea used to be an exclusive drink for the higher classes. Initially, tea was considered to be a medicinal beverage, which was promoted by doctors like Anthoni van Leeuwenhoek, Boerhave, Tulp and Bontekoe. Tea would purify the blood, stimulate the mind and thus enrich the East India Company stakeholders. At the end of the seventeenth century tea was still a luxury product, drunk by wealthy ladies, who organised tea parties. In the beginning of the eighteenth century the popularity of tea increased. A special room in the house and even outside the house was furnished with a tea table and all the necessary accessories. Still standing tea domes at the river Vecht are relics of our tea drinking past.
The accessories consisted of precious porcelain and silver items, which stressed the high status of tea.
Silversmiths were commissioned to make small silver pots and large silver water kettles with burners on stands. Hot water from the latter ones was poured into the small silver pots, containing the tea. Furthermore, tea caddies (with locks) and tea chests with two or three silver caddies were ordered, for several tea blends.

The silversmith
Benjamin Overdorp’s biography was published in the book Deventer zilver by Dr. J.R. ter Molen, which is translated here: “In his hometown Zutphen, where Benjamin Overdorp was christened on 27 September 1682 as son of Egbert Overdorp and Aaltjen in den Dam, he was trained as a silversmith. He married Anna van Beeck from Voorst, soon after he had become burgher (citizen) in Deventer in 1714. One of their children, Derk Jan, born in 1726, also became a silversmith.
Benjamin Overdorp, who held the position of deacon from 1721 onward, died in 1756 and was buried on 10 March. His oeuvre varies, from flatware to all sorts of objects that are struck with his maker’s mark such as liturgical beakers, a potpourri, a horse comb and a tobacco tobacco jar. 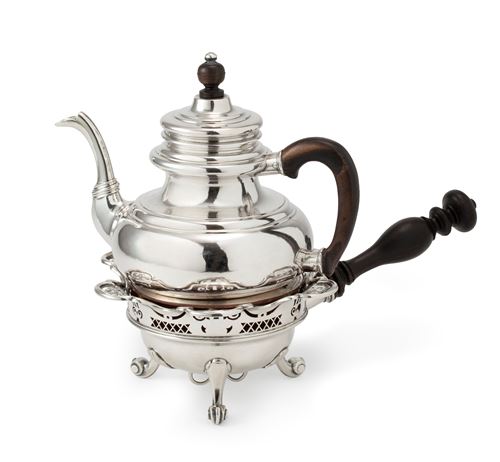 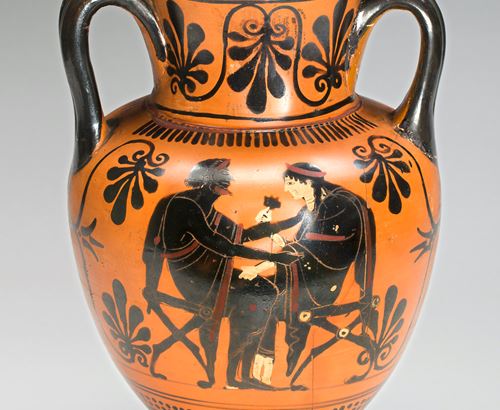 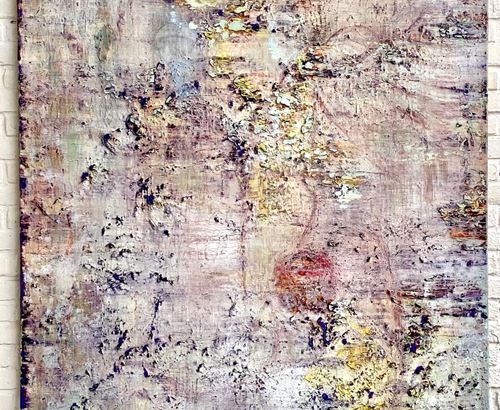 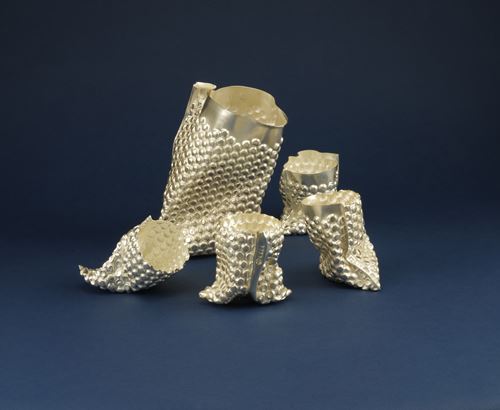 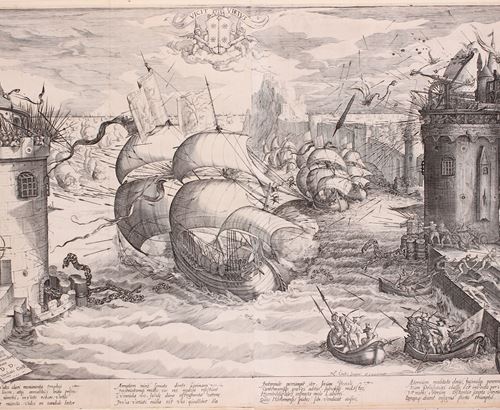 Breaking the chain at Damietta