Home / objects / A Rose, Tulip, Iris, Poppies, Honeysuckle, and other Flowers in a Glass Vase with Seashells on a Ledge
Lawrence Steigrad Fine Arts

A Rose, Tulip, Iris, Poppies, Honeysuckle, and other Flowers in a Glass Vase with Seashells on a Ledge

Jacques de Claeuw, also known as Jacques Grief, is best known for his breakfast and vanitas still lifes. He possibly apprenticed with Jacob Gerritsz Cuyp. In 1646 he moved to The Hague and was admitted to the Guild of St. Luke. In 1649 he married Maria van Goyen the daughter of the landscape painter Jan van Goyen. She was also the sister-in-law of Jan Steen. They had eight children including the painter Adriaen de Grieff. In 1651, the year this work was painted, the family moved to Leiden where they remained until 1665. By 1666 De Claeuw had moved to Zeeland. 1

Rarer are his floral still lifes which tend to be early works and small in size. Sam Segal and Klara Alen in their just published Dutch and Flemish Flower Pieces reproduced this painting as a prime example of his florals. In describing his approach to flower still lifes, they noted “his rapid spontaneous technique of application, alternating fluid and impasto brushstrokes with strong contrasts between light and dark, calls to mind the work of Abraham van Beyeren with whom he most likely had contact during the period he lived in The Hague”. Astonishingly there are no flower pieces by the artist in public collections. Interestingly Jan Miense Molenaer owned one of De Claeuw’s floral paintings. 2

In this panel the lush, bright flowers project from the dark background in a seemingly spontaneous burst of color illuminated by an unseen light source in the upper left corner. A flame tulip crowns the bouquet that includes a full petaled rose, an iris, poppies, honeysuckle and other blooms.3 Such details as the glints of light along the glass vase are hypnotic. The translucent fragility of the vase is echoed in the delicate drops of water falling down the center of the ledge. The sheen of the shells, (a striped cone, rat cone, and Florida fighting conch) give the feel of having just been plucked from the ocean floor. The overall impression is startlingly modern reminiscent of such French nineteenth century artists as Francois Bonvin and Germain Theodore Ribot. Sander Paarlberg, curator of Old Master Paintings at the Dordrechts Museum, where it was on long term loan, succinctly described the work’s significance. “Concerning the Jacques de Claeuw flower still life I can be brief and clear. It is one of the largest and most important flower pieces by this very talented and interesting artist from Dordrecht. Its power is not just the huge decorative value, but also the subtle lighting and vividness of the brushstrokes.” 4 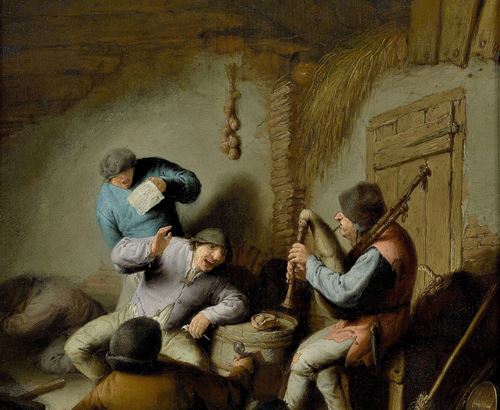 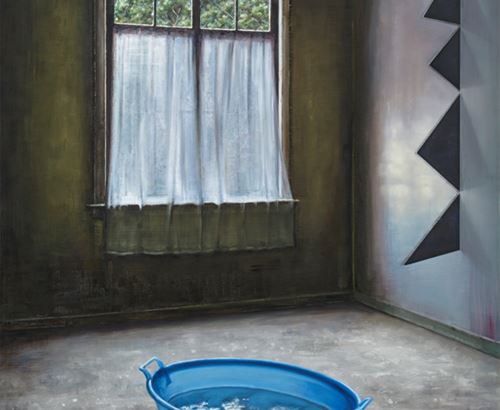 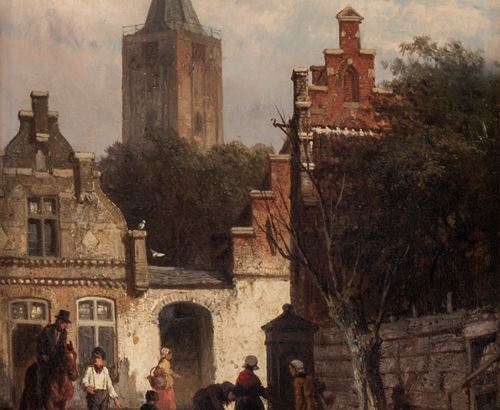 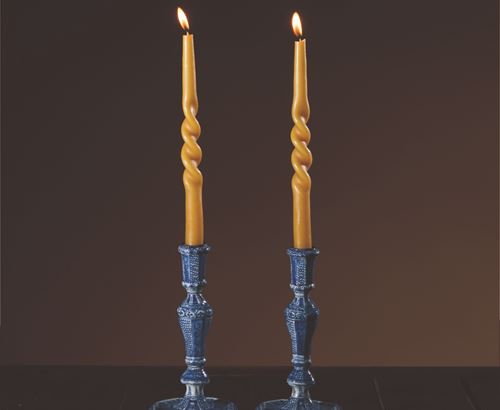 Pair of Blue and White Candlesticks 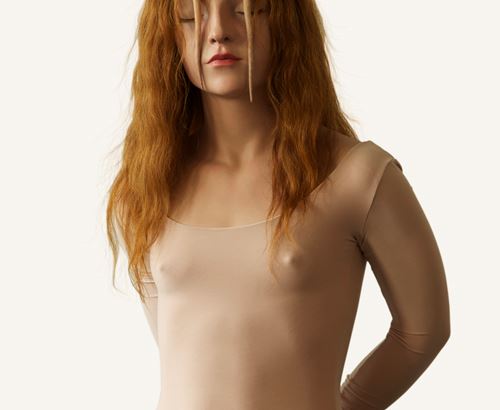