A Mother with her Son and Daughter

When Albert Lestoque arrived at The Denver Art Museum in 1943 with a group of photographs of his family’s collection the museum was astonished. Consisting of 21 German and Netherlandish portraits from the sixteenth and seventeenth centuries, Lestoque’s family had owned them for generations and the paintings had not previously been exhibited. They had been shipped out of Europe in 1934 just prior to Hitler stopping all such exportations. Among the painters in the collection were Jacob Gerritsz. Cuyp, Jacob Backer, Johannes Verspronck, Govert Flinck, Gortzius Geldorp, Cornelis de Vos, this group portrait and a female sitter by Dirck Dircksz. Santvoort. In the introduction to the exhibition catalog in Denver, Charles Bayly, Jr. wrote “ I find it moving, even to think that they have been resting in their cool, dark cases here in the Rocky Mountains, so far from the tulip fields they once knew, so safe and hidden from the violence and desecration that has descended upon their native lands.” ... I feel a sense of deep gratitude to Mr. Lestoque for allowing the Museum to present these pictures for the first time. Few, I believe, who see them will not be drawn to the Santvoort group by their sedate charm, their elegance, and the mastery with which they are painted”.

Dirck Dircksz. Santvoort spent his entire career working in Amsterdam. He was the son of the Dutch painter Dirck Pietersz. Bontepaert, from whom he probably received his training. He was the great-grandson of Pieter Aertsen and the grandson of Pieter Pietersz. His elder brother was the landscape painter Pieter Dircksz. Santvoort. Santvoort’s earliest known work is a portrait of a young girl from 1632. His Christ’s Supper at Emmaus in the Louvre, Paris dates from 1633. By the mid 1630’s the mainstay of his production was portraiture which formed “the most important part of his oeuvre”. Painted in a straightforward style, complemented by a restrained palette, Santvoort dispensed with distractions to present sitters “distinguished by their sharply perceptive character” and “set apart by the care with which this perception [was] committed to canvas”.

Success followed and by the time of his first marriage to Baertgen Pont in 1641, Santvoort was a wealthy man. After her death he married Trijntje Rieuwertsdr in 1657. Surprisingly there are no known works by the artist dated after 1645. Apparently, becoming wealthy he basically stopped painting. Yet he served as the head of the painters’ guild in 1658 and appraised paintings as late as 1673. Santvoort also had no recorded students.

Our painting executed in 1641 represents Santvoort at the height of his powers. Working in the heady atmosphere of Amsterdam, which at the time “was the richest city in the richest nation in the world”, must have proved exhilarating. This large panel displays all the elements for which the artist was celebrated. Only the elite had the means to commission portraits and full-length depictions were the most expensive. In a starkly elegant interior, enhanced by a subtle tonality, a mother and her two children are stunningly portrayed. The mother, whose clothes mark her as a member of the regent class, is conservatively attired in a black outfit with gold buttons, a white ruff, as well as lace and linen cuffs and cap. She is regally seated in an armchair next to a velvet covered table, an element derived from sixteenth century dynastic portraiture. She is depicted “with a level gaze and a slight smile.” The palm-up gesture of her left hand is intended to draw attention to her children.
Rudi Ekkart wrote in the 2000 landmark exhibition Pride and Joy, Children’s Portraits in the Netherlands 1500 – 1700, “Dirck Santvoort was the leading painter of children in Amsterdam towards the middle of the seventeenth century. Almost twenty portraits have survived from his fairly short career ... Virtually all of them are good, and some are among the best surviving examples of the genre.” The veracity of these statements is confirmed by Santvoort’s exquisite rendering of the children in our panel.

In direct contrast to her mother’s outfit, the young girl wears the latest fashion. Her dress consists of a black bodice with black sleeves trimmed with lace and linen funnel-cuffs that resemble her mother’s. Her collar combines a flat linen shoulder collar with a rectangular collar falling onto her chest. Both are trimmed with lace. Red bows define her waist. Her black skirt is raised to reveal a gold satin underskirt edged with black lace. The hip area is exaggerated by gathered padded rolls worn underneath. Her jewelry consists of pearl drop earrings and gold chains encircling her neck and wrists. Her cap echoes that of her mother’s with a slightly thinner outer edge.

Her brother, equally fashionable, wears a brown doublet, with a raised waistband cinched with a red bow, and a fairly long basque over knee – length brown breeches, that end in buttons, bows and lace. His gold silk stockings match the color of his sister’s underskirt. His leather heeled shoes are fastened with bows. He wears a flat shoulder linen collar edged with lace that falls over a brown cloak similarly trimmed, draped across his left shoulder covering his left hand. The concealment of one hand in this fashion had long been associated with “gentlemanly restraint” and was rooted in portrayals of the nobility. In his right hand is a broad rimmed brown hat. By doffing his hat, the boy welcomes the viewer into the scene. This was a common courtesy in the seventeenth century and was intended as a show of respect for and obedience to authority. In this context it is also meant as a display of proper breeding. The tranquility evoked by the rolling hills of the framed landscape on the back wall is reflective of the family’s serenity. “Rich in its simplicity,” for Santvoort this handsome family was the embodiment of position and prosperity.

Albert Lestoque, the lender of the Santvoort to the Denver Art Museum in 1943, was born Albert Leser in Frankfurt in 1892. Although the son of well-to-do Jewish parents he was baptized as a member of the Reformed Evangelical Church. In 1907 he was confirmed as a member of the Deutsche Evangelisch – reformierte Church in Frankfurt. At the time Germany had the largest Jewish population in Western Europe, and “was one of the first countries to introduce the principal – if not the reality – of legal equality for Jews ... ‘In no other country did (assimilation) assume the character of a social program.’ What happened in Germany with regard to the process of Jewish emancipation gained a special, paradigmatic significance. German Jews were considered the leaders of Jewry on the path to modernity and especially to assimilation”.

Yet Lestoque’s baptism and confirmation, as well as his service in the German Army from 1915 – 1918, would make no difference, when in 1933 he was denied the right to work as an attorney due to his Jewish heritage. Luckily in 1934 he was able to establish dual residency in Denmark, and by 1937 allowed entry into the United States. He moved to Denver in 1941. He would never again practice law, but instead devoted his time to writing and lecturing particularly about the evils of National Socialism. His speech “America by Choice” was published numerous times. After the end of World War II the majority of his time was spent trying to regain the family estate located in the Plittersdorf section of Bonn and receive restitution. In 1960 the major restitution case against the German government was decided in Lestoque’s favor, but sadly soon after while in Bonn, he suffered a fatal heart attack.

After the extended loan to The Denver Art Museum concluded, the Santvoort was sent to the Gallery of John Nicholson in New York, where it was included around 1967 in an exhibition titled An Important Group of Paintings. Shortly thereafter the painting was with Childs Gallery in Boston and sold to a private collection in Massachusetts. In 1979 it was part of the landmark show at the Worcester Art Museum titled 17th Century Dutch Painting, Raising the Curtain on New England Private Collections. In 1984 Childs Gallery sold it again to a private collection in Washington, D.C. The acquisition of the Santvoort ignited in its new owners a passion for all things Dutch which never subsided in the more than thirty years that followed.

We are honored to present this beautiful family group. Due to the immediacy of the imagery, certain paintings possess the power to transport the viewer into their own time and space. Such is the case with this work. In superb condition it must be counted among one of Santvoort’s most important works. 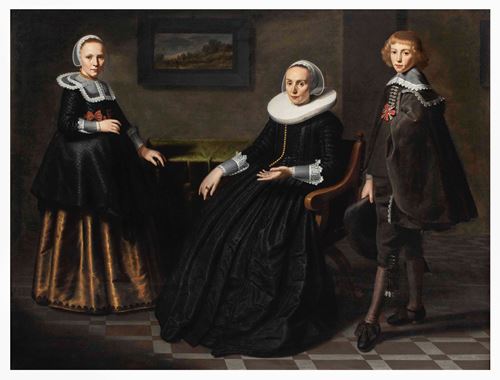 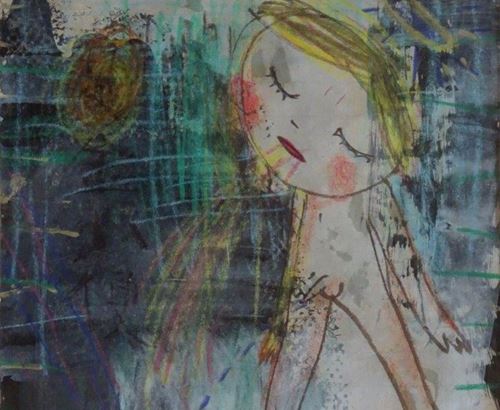 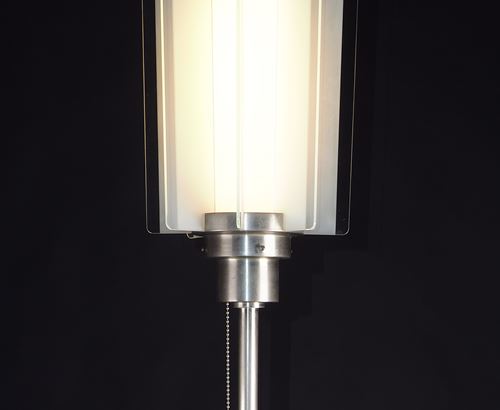 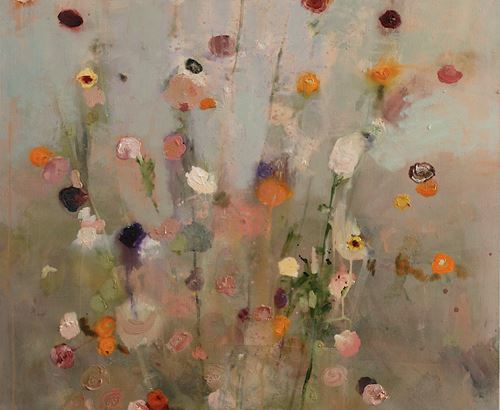 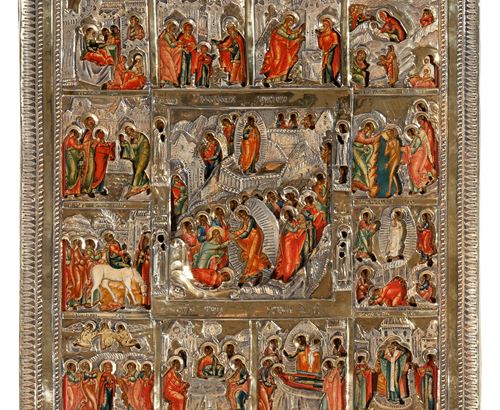